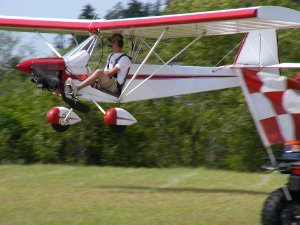 This is our current Top-10 list of the most viewed aircraft here at Pilotmix. Don't forget to rate and share the planes that you think deserves the top position. Keep in mind that the classification of what is an ultralight aircraft differs between countries. Factors such as maximum take-off weight, stall speed, maximum speed and number of occupants, all matters.