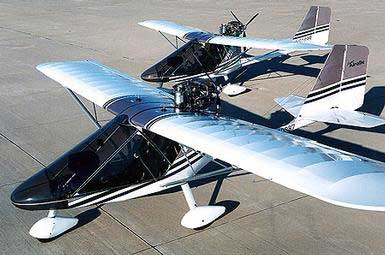 The S-12S, Super Airaile is based off the highly successful S-12XL series. Changes made to the S-12S include a lower cabin and engine mount height. The result is less frontal area and a lower thrust line. Headroom is still more than adequate and will accommodate pilots up to 6?6. Dacron coverings were replaced with traditional dope and fabric. To adapt the new covering system, mods to the wing and tail included new ribs all around, plus leading edge wraps for the wing. The total effect of the mods brought about an increase in cruise, climb, glide ratio, and a lower stall. In the air the handling is improved in both roll and yaw.

Build time for the Super Airaile will be on the average 200 to 300 hours more than the XL, but still within reason. Most builders should complete the plane in 6 to 12 months. This is due to the tremendous amount of pre-fabrication and precise fit of our parts. Quality airtime is built around a kit that is de- signed to be built by the first time builder; this is where the S-12S excels. A good manual is at the center of fast build times, and as with our airframes the manuals are also test flown. Our Tech Staff is always assembling our own product to keep the manuals up to date.

Text and photo from: http://www.rans.com/