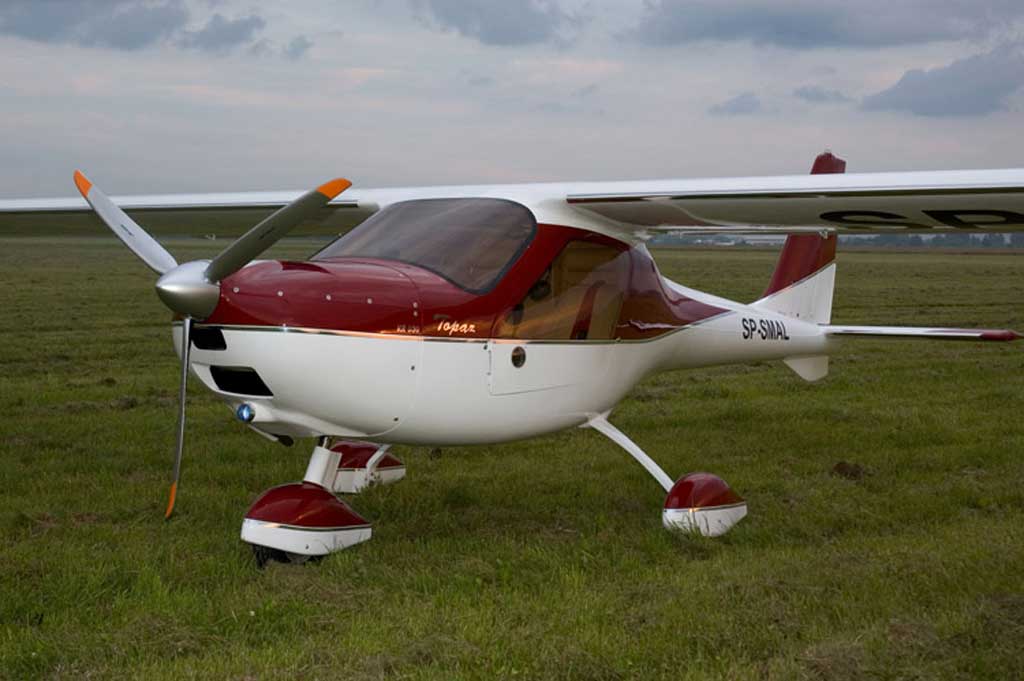 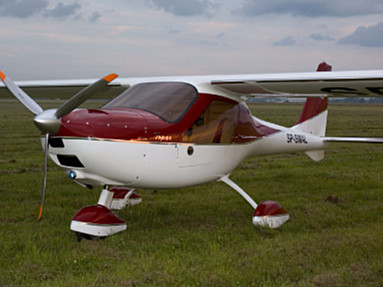 KR-030 Topaz is a shoulder-wing monoplane with cantilever wing. All the important elements of the plane are made of glass and carbon composite and have shell-like structure, locally reinforced with 3-D fabric - PARABEAM. The front side of the cockpit contains two sits placed across the cockpit. Width of the cockpit is 1,2m.

The fuselage structure is made of two symmetrical pieces, which are stuck together and toughen additionally. Sits have got composite structure.

Canopy of the plane - windscreen is made of UV-resistance Plexiglas whereas doors are formed as carbon composite frames filled with 3mm Plexiglas. Fin is the integral part of the fuselage. Three axis landing gear with the front wheel coupled with rudder. The main gear legs are made of glass composite. Each wheel has got independent hydraulic brake system. Optionally, the wheels may be covered with laminated fairings. One-piece, rectangular, cantilever wing, mounted on the fuselage with four bolts. Section NN-1817 was used due to very high resistance of its edge of attack to impurities. Section NN-1817 has got very good aerodynamical characteristic - was checked in the PW-5 SMYK glider.

The wing of has got shell-like composite construction with spar inside. Composite flaps, empty inside, mounted to the wing with hinges. Ailerons are made of carbon laminate due to high stiffness of such structure and a relatively low mass (anti-flutter requirements). Ailerons have got mass balance elements at their ends. Classic, rectangular tail plane made of composite. Push rod controls. Elevator trimmer is spring-actuated and powered with electric motor. In standard option, the plane has got a single control stick in the middle of the cockpit. The plane is equipped with Rotax 912UL engine (80HP).

Fuel tanks (altogether 70l) are situated at the back of the cockpit.

Two seats of shell-like structure made of glass and carbon reinforced composite (colour of upholstery to be agreed). Two sets of seat belts. Side air inlets in both doors. Cockpit heating.

Rotax 912 UL engine is fixed on rubber dampers to stainless steel frame that is fixed to the fuselage. The engine is equipped with ground adjusted, three-blade Aero-Sail propeller of 1,72 m diameter. Engine cowling made of carbon composite mounted with Cam-lock clamps to the fuselage. Automatic control of engine temperature. Carburetors air inlets heating system

Fuel system consists of two connected tanks of total capacity 70l that are mounted in the cockpit, behind the seats. System equipped with fuel filter and sedimentation tank. Fuel ducts made of rubber.

Watch 1 Video about the KR030 Topaz 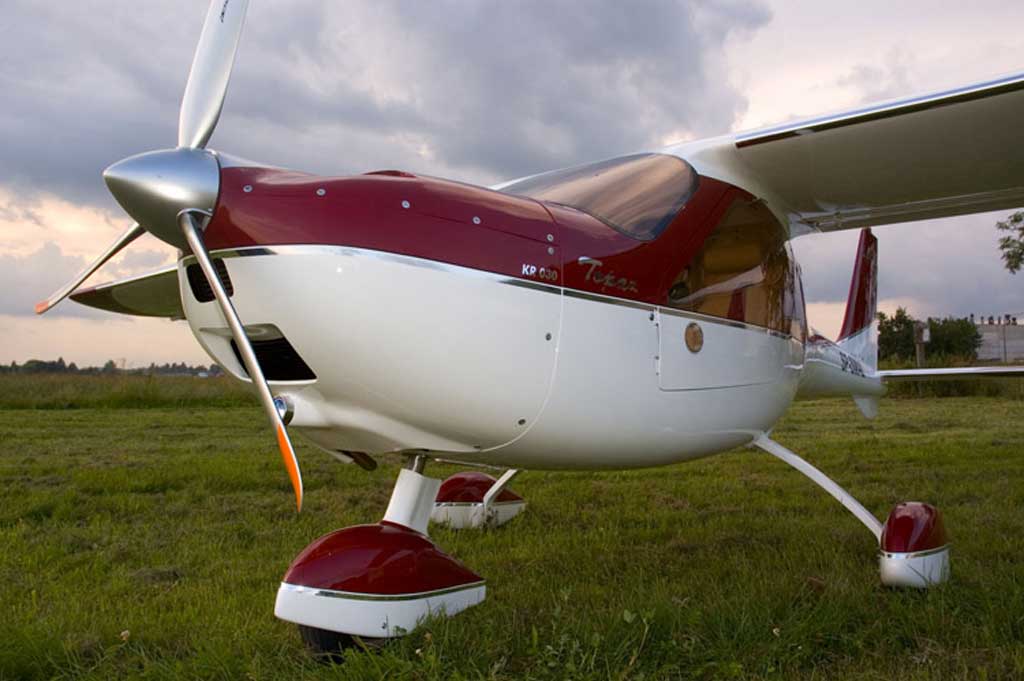 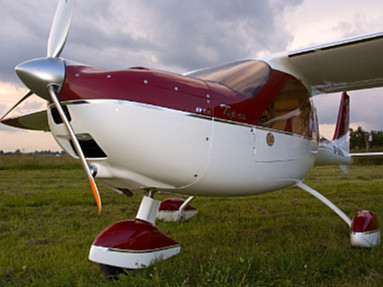 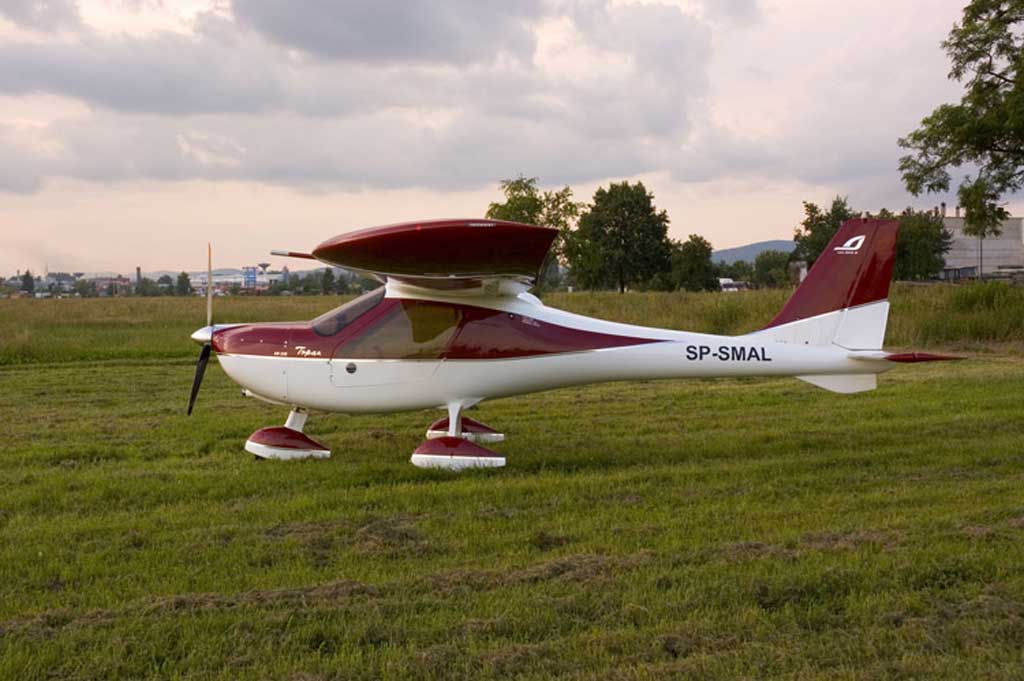 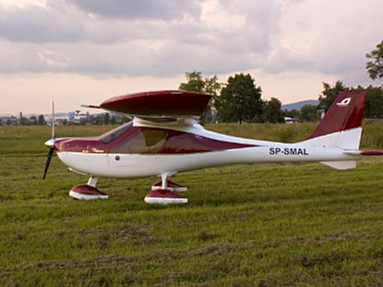