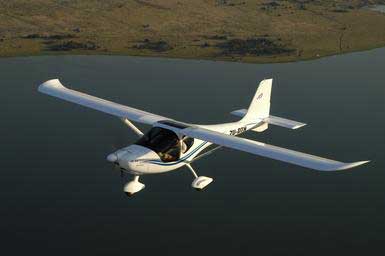 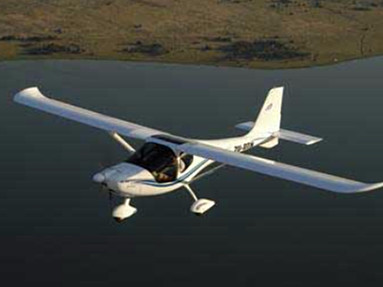 JK 05-L is a strut supported high-wing monoplane of the composite construction based on vinyl-ester resins, reinforced by glass and carbon fibers.

Fuselage has a form of integral self-supporting structure, strengthened locally with PARABEAM. Cockpit is situated in the front of the fuselage. There are two sits in the cockpit. The width of the cockpit is 1,2m. From the technological point of view, the fuselage structure is made of two symmetrical parts and the floor board, which is glued into when both parts of the fuselage are united. The sits in the cockpit are made of composite. The canopy is made of two transparent doors made of polycarbonate, which are opened upward. Their hinges are situated along the axis of symmetry of the plane.

Structure, which connect both wings is a two dimension framework made of steel pipes. The fin is integral part of the fuselage. Three axis, landing gear with a front wheel coupled with a rudder. The main landing gear consists of two wheels with brake system mounted on legs made of composite. Optionally, the wheels are covered with composite fairings. Wings have rectangular shape with characteristic narrowing near the fuselage to improve visibility from the cockpit. The wing profile NN-1817 was used in the plane. The profile is leading edge impurity resistant, which was proved on the glider PW - 5 "SMYK".

There are no any other systems or installations inside the wheel.

System of controls is based on push rods. Elevator trimmer is electrically controlled from the cockpit. In standard version, there is only one control stick in the middle of the cockpit. The plane is powered by ROTAX 912 UL engine - 80HP.

Fuel tanks capacity is 70 liters. Tanks are situated behind the sits.