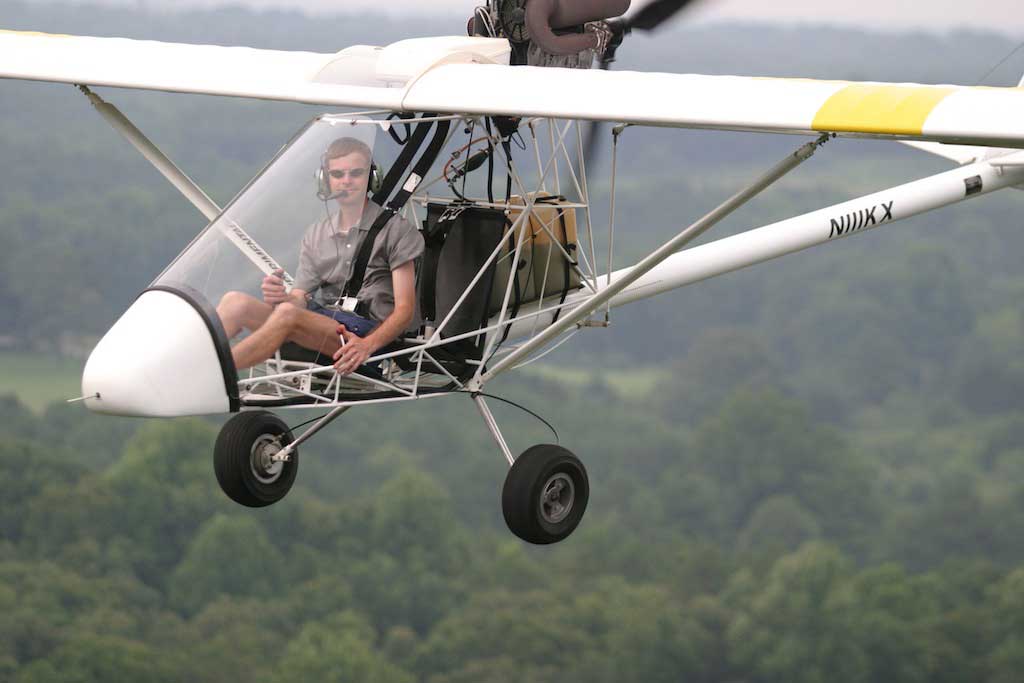 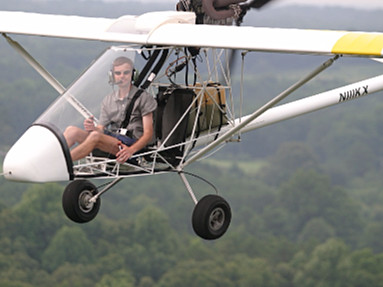 In 1985 the UltraStar embryo evolved into the very successful FireStar series.

An instant success, the FireStar exhibited some major noticeable changes such as the placement of the engine on top of the wing allowing for a much larger diameter propeller.

The addition of a nose fairing, a short windshield with provisions for a full enclosure and spring landing gear showed the progression of design from the earlier UltraStar.

From the manufacturer Kolb Aircraft:

The easy to build FireStar is designed to carry two people and give great climb performance with very popular Rotax 503 engine. The FireStar was designed specifically to use the Rotax 503 since this engine has proven to be the most reliable two stroke engine that Rotax makes. With the gross weight of 725 lbs. and slow stall speed, it qualifies as an experimental kit build light sport aircraft... Perfect for Sport Pilot. The standard engine for the FireStar is the Rotax 503 equipped with a 2.58:1 gear reduction drive turning a 66 inch diameter fixed pitch propeller. This combination gives outrageous climb performance and a top speed of 80 mph.

HIGH PERFORMANCE
The FireStar is an extremely versatile aircraft. Its performance is truly amazing due to its light weight, generous wing area and large diameter propeller. The numbers do not adequately convey the performance profile. It must be seen to be believed. The take-off and climb rate of the Kolb FireStar is truly astounding. No other light plane kit even comes close. This performance, combined with the good propeller ground clearance, allows for operation from many types of improved fields.

STURDY CONSTRUCTION
For strength and durability in airframe structures, aluminum and steel are superior. The heart of the FireStar, the fuselage cage, is made from strong factory welded 4130 chrome-moly steel. We also use 4130 steel in all high stress areas. FireStar wings have rigid truss ribs and a massive 5" aircraft aluminum wing spar all covered with Stits aircraft covering. Permanent UV protection eliminates fabric degradation.

SPORTY HANDLING
The FireStar, like all Kolb aircraft, utilizes traditional cable and push-pull tube controls which give a solid feel. The half span ailerons have good roll authority at higher speeds while still being powerful enough at lower speeds to retain roll control even through a stall. It takes very little power to maintain minimum flying speed and such flying is more enjoyable in a FireStar because of engine noise and fuel consumption are at minimum. Optional mechanical brakes provide for sure stops so the FireStar can be landed and stopped in very tight areas. The optional individual heel pedals allow for a tighter turning radius which improves the already excellent ground handling.

Although Kolb aircraft are easy to fly and have gentle flight characteristics, they are also high performance aircraft. We recommend training or some transition training before attempting flight in our aircraft.

GREAT VISIBILITY
The FireStar is a great sight seeing aircraft and the fact is, better visibility makes more enjoyable flying. The pusher configuration of the FireStar provides the vastly superior visibility that Kolb aircraft have become known for. There is 360 degree visibility from the cabin and the optional clear lexan gap seal between the wings over the cockpit lets you see straight up. The optional full enclosure allows for comfortable flying in cooler weather and can be removed easily for real open flying. The rear engine eliminates exhaust fumes and reduces noise levels.

FOLDING WINGS & TAIL
Like all Kolb aircraft, the FireStar has folding wings and tail which allow for easy storage or trailering. The tail folds up and the wings fold back along the fuselage in about 15 minutes by one person. Everything stores right on the airframe. The FireStar second seat option can be added at anytime, even after the aircraft is completed. 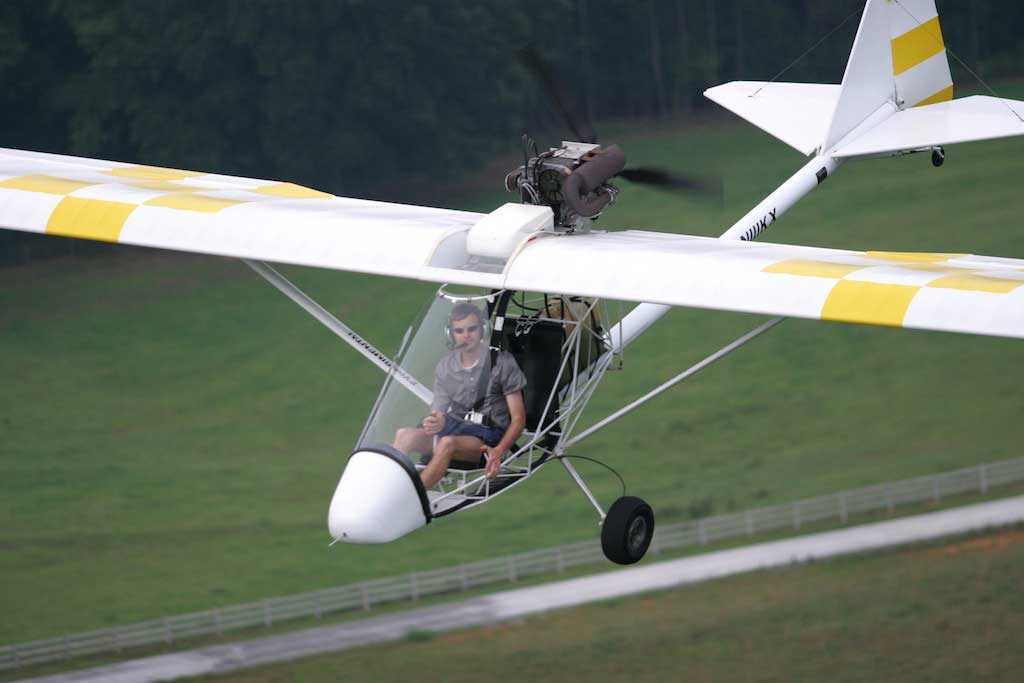 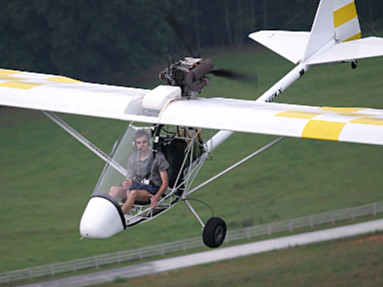 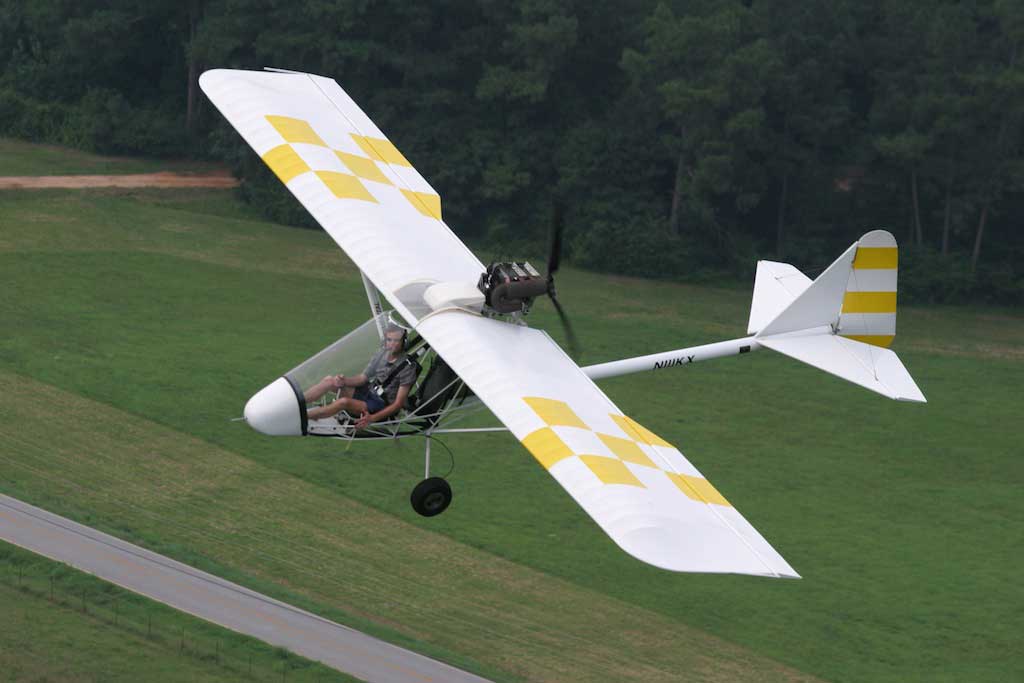 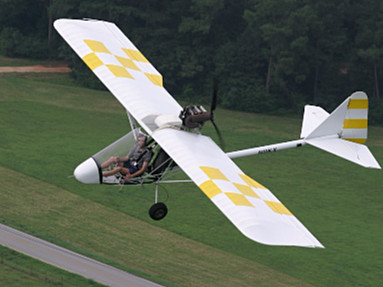