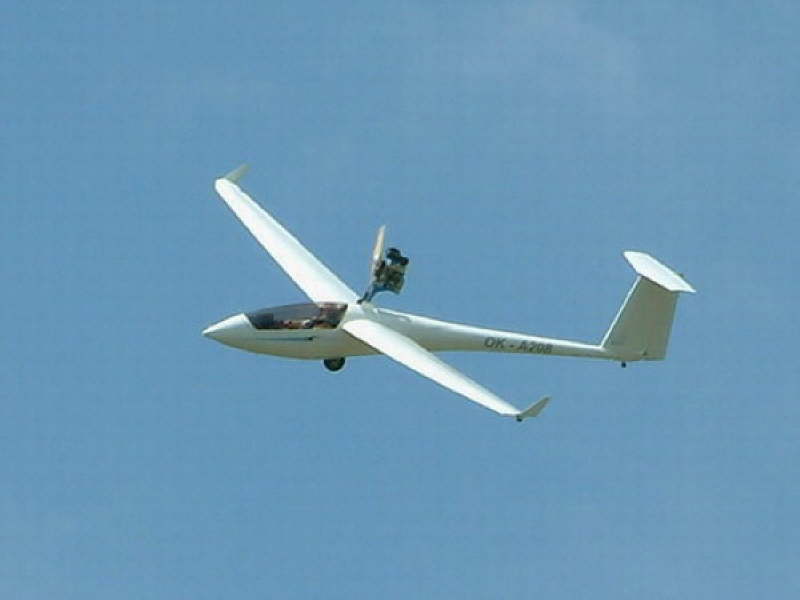 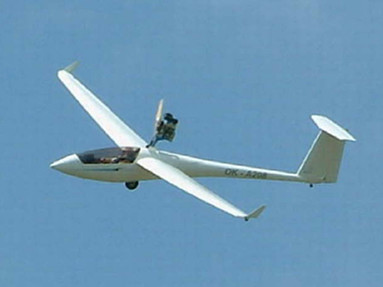 TST - 10 M is a single-seat, high-winged monoplane with a cantilever wing, T-shaped tail and a classical one-wheel undercarriage. Its composite structure is made in negative moulds.

THE WING with sandwich structure is equipped with ailerons and air brake on the upper surface. There are no ribs in the wing. The strength system of the wing is formed by the main spar, by the aileron spar and by the root rib. All the wing profile of the sanwich structure forms the torsion box.
The wings are interconnected by fittings and two horizontal pins. The connection wing-fuselage is made by means of pins and fittings placed in the fuselage and the wing root rib. The composite ailerons are hung by four hinges with the turning axis on the upper side. Air brakes on the upper side of the wing are made of aluminium and are retracted into pits.

THE FUSELAGE with a shell structure is made in the negative mould together with the fin.

THE TAIL is a T-shaped sandwich structure.

THE CONTROLS enabling pitch, roll, air brake and trim controlling, are of the lever design, with a push-pull rods system. The relevant backstops are placen on the stick. The yaw control with adjustable pedals is transmitted by cables. The airplane can be trimmed by a torsional member in the elevator drive that is controlled by a lever in the left of the cockpit.

THE UNDERCARRIAGE consists of one unsprung wheel 300x100 mm mounted in a flexible fork. The brake handle is on the control stick. The tail wheel 80x30 mm is turnable.

FOR MOTORIZATION, Rotax 447 with belt reducer 1 : 2 and propeller dia 1200 mm is used. The retractable mechanism of the power unit enables selflaunching and restarts during flight. 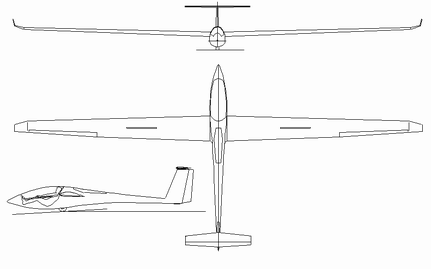 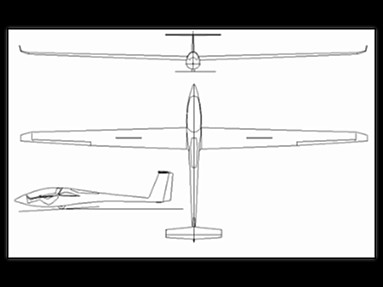