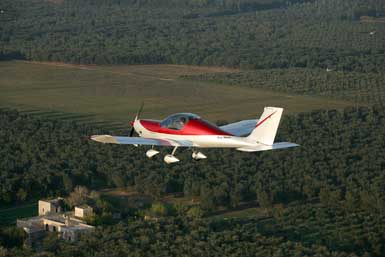 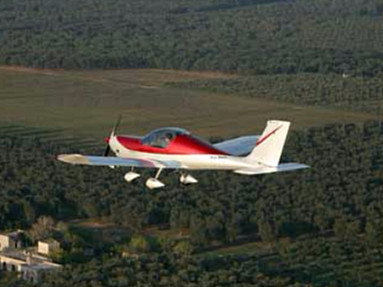 The Pro.Mecc Sparviero (English: Sparrowhawk) is an Italian ultralight aircraft, designed and produced by Pro.Mecc of Corigliano d'Otranto. The Sparviero is supplied as a kit for amateur construction or a complete ready-to-fly-aircraft.

The Sparviero was designed to conform to the Fédération Aéronautique Internationale microlight rules. It features a cantilever low-wing, a two-seats-in-side-by-side configuration enclosed cockpit under a bubble canopy, fixed tricycle landing gear and a single engine in tractor configuration.

The Sparviero is made predominantly from carbon fibre, with the wing skins fabricated from fibreglass. Its 9.23 m (30.3 ft) span wing has an area of 12 m2 (130 sq ft) and flaps. The standard engine fitted is the 100 hp (75 kW) Rotax 912ULS four-stroke powerplant, with the 80 hp (60 kW) Rotax 912UL optional. In 2011 a fast-build kit was introduced that provides a completed and painted fuselage and wings, requiring the builder only to carry out the engine and electrical installations.

The Sparviero was later developed into the Pro.Mecc Freccia Anemo, with additional streamlining and a new elliptical planform wing.