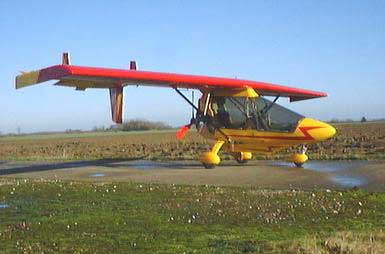 Designed by David Cook, the first person to fly the English Channel in a powered hang-glider, the Shadow first flew in 1983. Originally fitted with an EC44 Robin two stroke engine producing 53hp the engine was subsequently replaced by a Rotax 447 two stroke air-cooled unit producing 40hp, this was to form the basis of the Shadow 'B' series power unit. In 1988 the 'C' series was introduced with the more powerful 50 hp Rotax 503 two stroke air-cooled engine together with streamlined struts, providing a significant improvement in take-off performance. Many 'B' series Shadows have been upgraded to 'C' series specification. Both models conform to the British Civil Aviation Authority, Section S requirements and can be flown on a Microlight licence. The Shadow has a 33ft wing span and is 21.5ft in length.

In 1988 the Streak Shadow was introduced and having a 28ft wing span and the more powerful Rotax 532 liquid cooled engine producing 64hp, it was outside of the UK Microlight category. With a VNE (Velocity Never Exceed) of 140 mph and an initial climb of 1,500ft/min the Streak provides the Group 'A' licensed pilot with a truly low cost flying machine. The standard power unit for the Streak at present is the Rotax 582 liquid cooled, dual ignition two stroke, again with 64hp although some are now being flown with the more powerful Rotax 618 liquid cooled two-stroke power unit providing 74hp.

Both the Shadow and the Streak Shadow are constructed from modern, state-of-the-art materials. The body is built from 'Fibrelam' producing a robust component of exceptional strength, rigidity whilst remaining light in weight. The wing spar employs a unique 'I' - beam structure, with a plywood shear web and pre-formed alloy capping. Whilst in its appearance the wing is strutted, it is in fact a cantilever design. The struts provide 'psychological security' and reduce wing root stress in ground handling. The leading edge is a 'D' section of plywood with polyester fabric covering the rear wing.

New models are being developed, the Star Streak has yet shorter wings than the Streak and powered by the Rotax 618 achieves an initial climb rate of some 2,000ft/min solo and 2,800ft/min in a zoom climb. The Super Shadow series 'D' has a wider cockpit and is powered by a Rotax 582. Falling within the Microlight category the Super Shadow will rank among the quickest aircraft in its class.

The Shadow series 'B' and 'C' being within the Microlight category can be purchased ready built, or in kit form, whilst the Streak Shadow is available only as a kit for building under the British Popular Flying Association program.

The Shadow can be rigged in under 10 minutes, with times from trailer to flight realistically 30 minutes, which includes the rigging and pre-flight checks. The Shadow is truly a short field aircraft with members regularly flying from strips of less than 300 metres. Applying full power, the Shadow is easily airborne within 7-8 seconds with a climb-out at 60 mph achieving 800-1,100ft/min depending on the type of propeller and load etc.

To date more than 400 Shadows have been built around the world and the Shadow is not short on records. Two flights have been made to Australia, the first by Eve Jackson in 1987 and then by Brian Milton in 1988. More recently James Edmonds flew a Shadow to Beijing. In 1983 the Shadow achieved an FAI world record for its class for speed over 3km. In 1984 it achieved a distance record for its class. In 1990 a Shadow achieved a UK national altitude record of 23,648 ft. Also in 1990 the Streak achieved a UK national altitude of 27,066ft in its class.

The Shadow is also no stranger to the cinema screen having a starring role in the 1986 film Slipstream.

October 96 sees the release of the UK feature film 'DragonHeart' starring Dennis Quaid and Sean Connery. A Shadow flown by David Cook was used for the flying sequences that involve the dragon. With a movie camera fitted on the nose of the aircraft in front of the pilot, all of the 'dragon's eye view' sequences and flying shots were achieved. Filming took place on location in Slovakia in Eastern Europe during 1993.

Watch 4 Videos about the Shadow 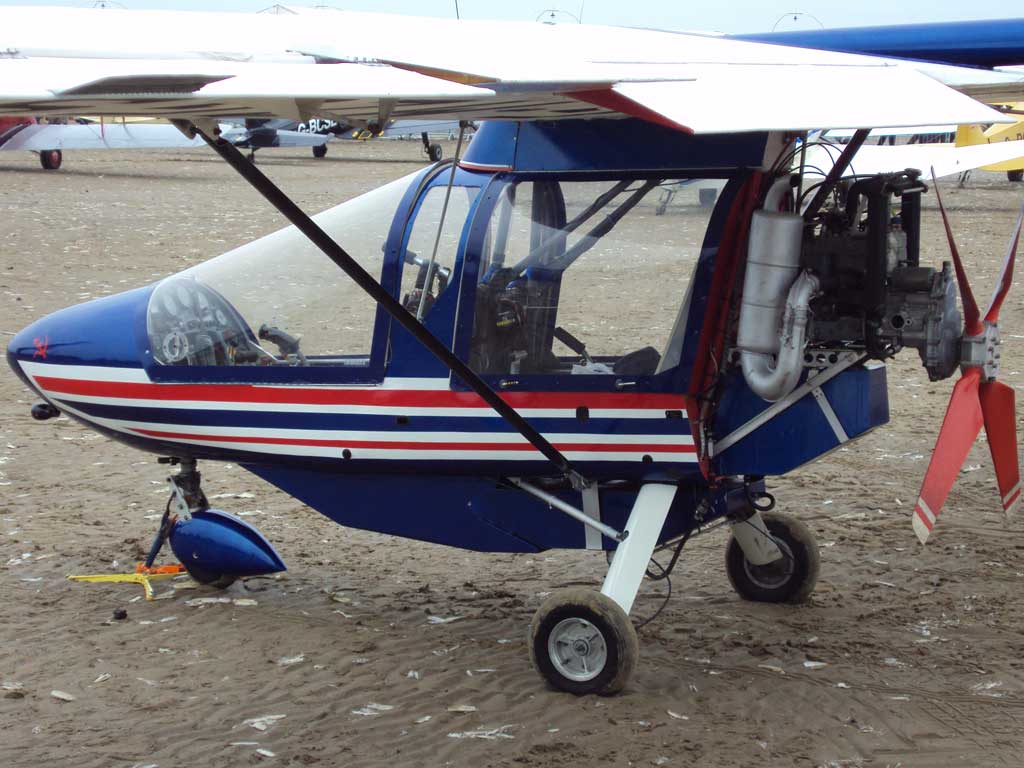 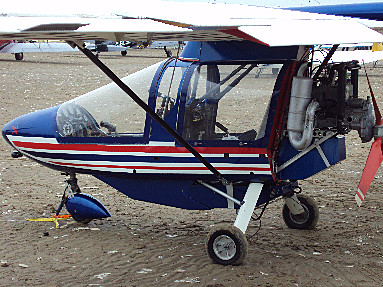