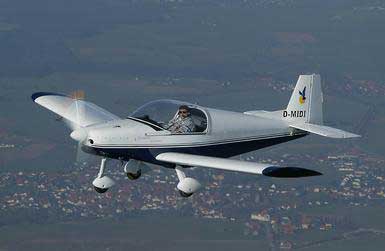 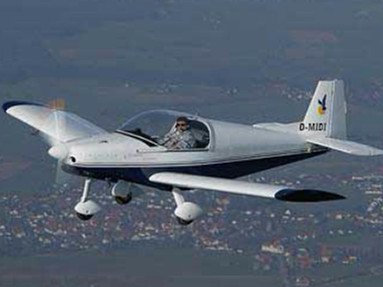 Wooden constructed, simple and without frills, this is the ALPI AVIATION choice. The fuselage wood truss structure is the same of PIONEER 300 one.

The aircraft has also the same instrument panel, central consol and the composite materials engine cowling.

Some mechanical part derives from PIONEER 300 such as: control stick, rudder and elevator hinges, braking system, wheels. The front hinged canopy is made of a one piece, transparent polycarbonate.

The aircraft has a fixed landing gear and a rectangular wing with a main spar made of Spruce wood and ten ribs per wing. The torsion resistance is assured by the usual classic plywood D shaped box.

A rear spar supports the hinges and aileron controls aluminium push-pull tubes. The overall aircraft structure is covered by a Dacron fabric.

The aluminium fuel tank ha a standard capacity of 54 litres and is positioned inside the fuselage. Several kind of propulsion could be installed over the firewall: from 60 up to 80 hp engines and easy to find in used and/or overhauled engines market.

Watch 1 Video about the Pioneer 200