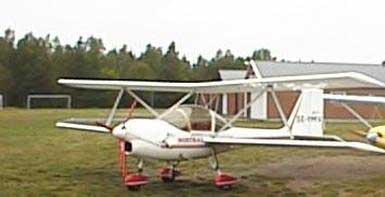 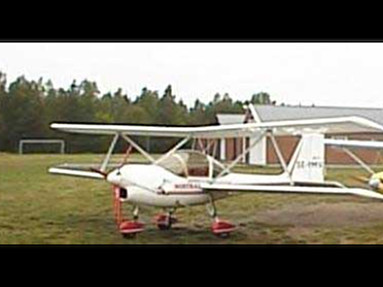 The Aviasud Mistral was designed by two Belgian engineers, Francois Goethals and Bernard d'Otreppe. The prototype first flew in May 1985, and the aircraft entered production with AviaSud engineering in Fréjus, with the first production model having its maiden flight in February 1986. Aviasud has built more than 200 Mistrals, it has also been built by Ultraleger Industria Aeronáutica Ltda in Brasil.

The Mistral is a biplane of mixed wooden and composite construction, with forward swept wings, with the all-moving lower wings used as large ailerons, and a conventional, all-moving tailplane. It has a fixed tricycle landing gear and a nose-mounted Rotax piston engine. The Mistral has an enclosed cockpit with two side-by-side seats forward of the wings.

On May 4, 1987, an Aviasud Mistral was flown to the geographic North Pole by Nicolas Hulot, a world first for this type of aircraft.

Data from POH for SE-YMV

Watch 1 Video about the Mistral