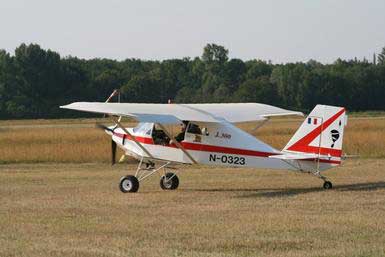 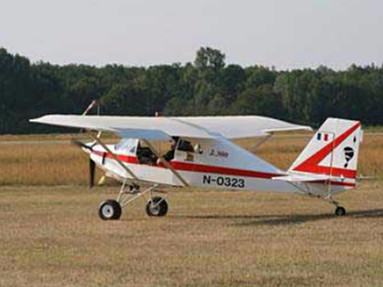 Flying in the sky of Europe and Africa for more than 15 yeas, the JOKER J300 remains a modern aircraft. Regularly updated, Sauper engineers have lately developed the 4th series which wins some manoeuvrability and responsiveness thanks to its shortened wings. The year 2006 has also seen the birth of the J300 in a tricycle version, which should get an enthusiastic welcome from schools and aero clubs.

As a rustic and simple aircraft, it fulfils its mission of leisure or schooling without surprise nor failure. This aircraft, sold only in a ready-to-fly version, is the ideal entry level aircraft for ALMS.

* Solid structure made of 25CD4S tubes of aeronautics steel

* Large luggage case behind the seats