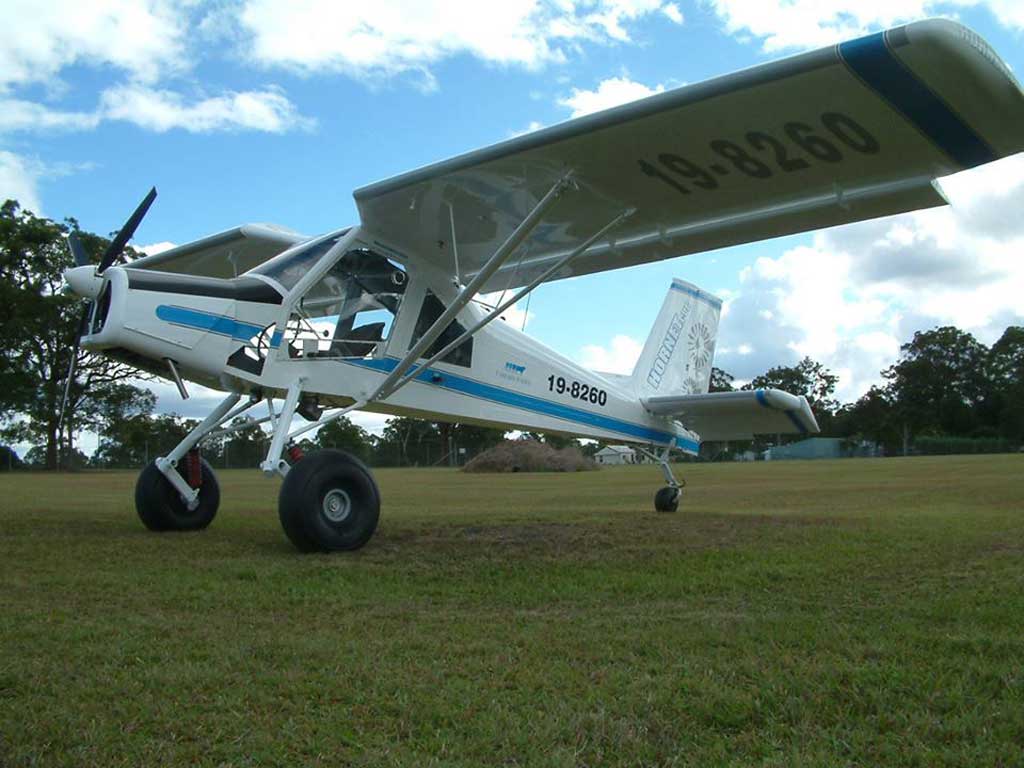 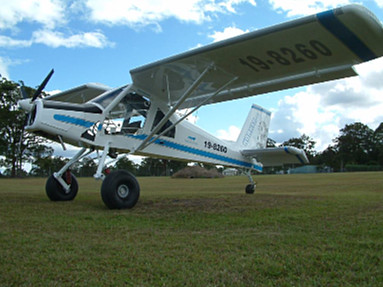 "The Hornet Cub was especially designed for stock and mustering work on outback stations and is in any way as well designed and built as it’s ”bigger brother”, the Hornet STOL.

The Hornet Cub is a tandem seat aircraft, it is lighter than the Hornet STOL and more economically to build. It has ample cargo room that can alternatively be used for the jump seat. One major key point is the ability to have unsurpassed visibility all around from the cockpit. Pilot access is via a sliding door that can optionally be fitted on either the right or left side. The HornetCub also features a cargo area access door, large wheels and trailing link suspension, optional large tail wheels, communication equipment (UHF and VHF radios) and optional whalers and sirens.

The overall design is slightly different, one can think of a streamlined version of the Hornet STOL. That does not mean it is a second-rate performer, in the contrary - the Hornet Cub is a very agile and lively airplane. It has the shortest take off and landing distance of all Hornet aircraft produced by Australian Aircraft Kits to date."