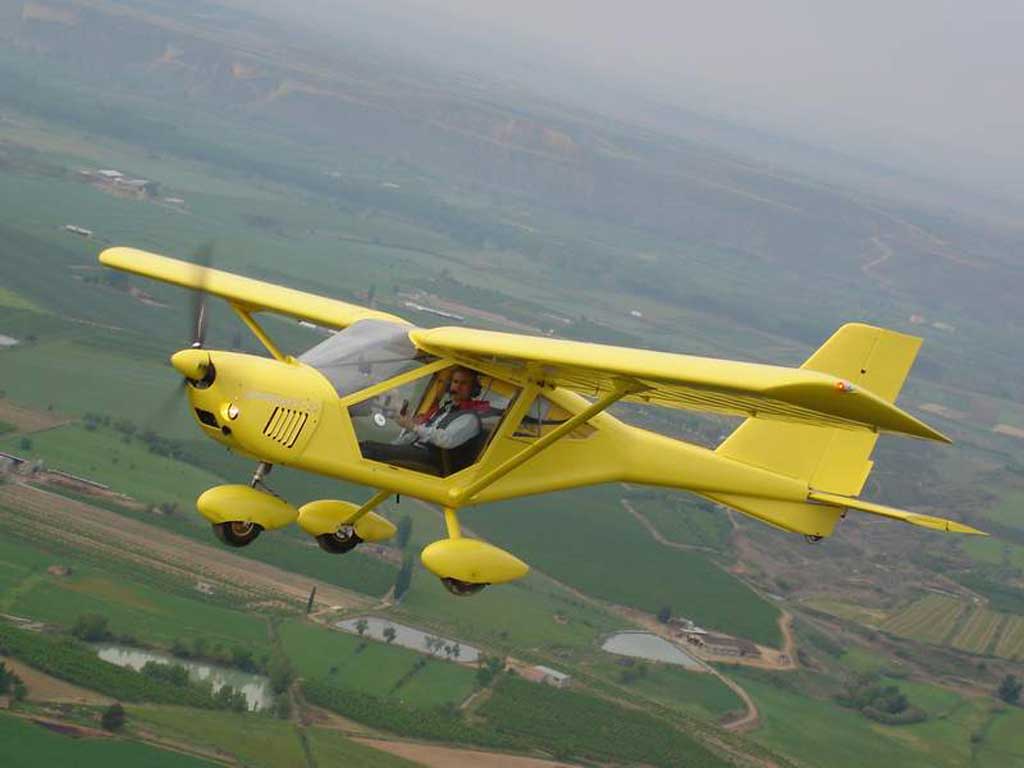 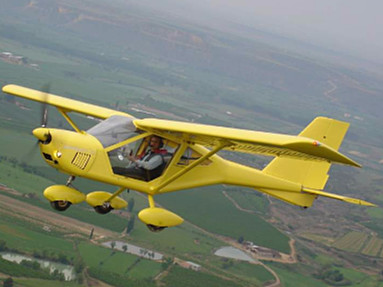 The prototype A22 was conceived on the drawing board of Antonov Design Bureau engineer Yuri Yakovlev purely as an easy-to-fly 450kg SLA with very good pilot/passenger comfort and versatile all-round performance. The prototype first flew during 1996 and it was clear from the very beginning that pilots of moderate ability would be able to operate the A22 in safety from the typically short microlight airstrips found in the UK and the rest of Europe. This is an aircraft purposely designed for the new SLA category rather than a plane from another class trying to squeeze in.

This picture shows 003, the first production A22, near Dubai, Emirates during June 2000. It was the original factory sales demonstrator now owned by David Ashcroft and to date has flown almost 700 hours without problem or incident. 003 is fitted with the 80hp Rotax 912 and a 40 litre inboard fuel tank behind the seats; more recent A22's are fitted with the 100hp 912"S" and wing tanks holding 37.5 litres each side. The previous engine or fuel tank fitting is still an option and the plane performs very well with the basic 912. Other engines could be considered but only Rotax units have been fitted as yet. The inboard fuel tank option makes wing-folding easier but reduces luggage space. There's also a hot weather "doors off" option as the picture shows.

Yuri originally dubbed his new design "Shark". Perhaps because he knew the plane was certain to compete effectively as a quality product in the West, but more likely because of the distinctive fin. In Germany the plane has achieved certification to the demanding BFU-95 requirement but is known simply as the A22. In USA they call it the "Valor". In Britain, with a respectful nod to its country of origin, we've called it the "Foxbat". But what's in a name? The A22 is a superbly engineered aircraft with no aerodynamic vices.

The riveted monocoque airframe is in Alclad aluminium with fabric-covered wings and control surfaces. Standard engine is now the 100hp Rotax 912-S although the plane performs very well with the basic 80hp 912. Other power units such as the Jabiru could also be considered. The UK demo plane is airframe 016 and all previous production airframes have been identical except later models have wing tanks instead of the original inboard tank (as fitted to 003 pictured above).

Like all A22's the UK demo plane retains adequate control response in all three axes at speeds slower than 35 mph yet it can cruise at over 100mph on 15 ltrs/hr with a range of 500 miles. The cockpit is very roomy with plenty of luggage space and excellent visibility. Those qualities make the Foxbat the right alternative for pilots moving on from 390-kg microlight types but who still wish to carry on using their Club airstrips with confidence. This plane will also appeal to pilots switching to the SLA category from what might be described as a more "formal" background in heavier aircraft. Either way, the A22 will easily bridge the gap between GA aerodromes and microlight airfields.

Your kit comes with a step-by-step build manual. Each page has an easily grasped exploded drawing and a description of the work. You will need a suitable sized workshop such as a large-car garage and basic hand tools. The kit is not difficult to assemble and can fairly be described as "quick-build". Rotating wing trestles make fabric covering very easy and we can supply these on free loan. We provide a comprehensive kit support service by telephone, fax, post, and email but workshop visits will normally incur a charge for travelling expenses.

Although a modern aircraft in concept the Aeroprakt A22 Foxbat uses a very conventional method of construction in riveted aluminium. Each kit is supplied with the fuselage, wings, tailplane, fin and all control surfaces pre-riveted.

The pictures show the airframe kit exactly as it comes out of the crate. The remaining riveting work is confined to final fitting of the floor-pan (which is already cleco'd in place) and securing the fin and various mounting brackets and webs to the bare fuselage monocoque. Three special holding cradles are required during this stage of the construction and we provide these on free loan. The rest of the work consists of fitting the engine and ancillaries, the control mechanisms (torque tubes, push rods, bell-cranks, etc) all of which are factory finished, anodised and ready to install. No fabrication of components is required (each component bearing surface even has a pressed in aerospace-quality rose-joint).

After installing the under-carriage and wheels the final finishing involves covering and painting, and fitting the instrument panel, etc. A A22 Foxbat kit can be assembled in 500 hours by one person, or less with an assistant. One person can complete most of the assembly but some jobs will need an extra pair of hands. With good planning a largish domestic garage will be a big enough workshop space to complete all the sub-assemblies including covering and painting. Obviously a larger space is required for the complete assembly of the aircraft although that could be done outdoors prior to final Inspection and transport to the airfield for test flying. A folding wing option is available.

The A22 Foxbat is for sale starting at $65,000 USD and is available as microlight aircraft or as a 1300lbs MTOW light sport aircraft. The new A22 is called A22LS.

Reviews and tests of the A22 Foxbat:

Watch 1 Video about the Foxbat A22 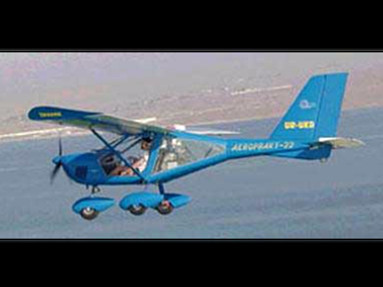 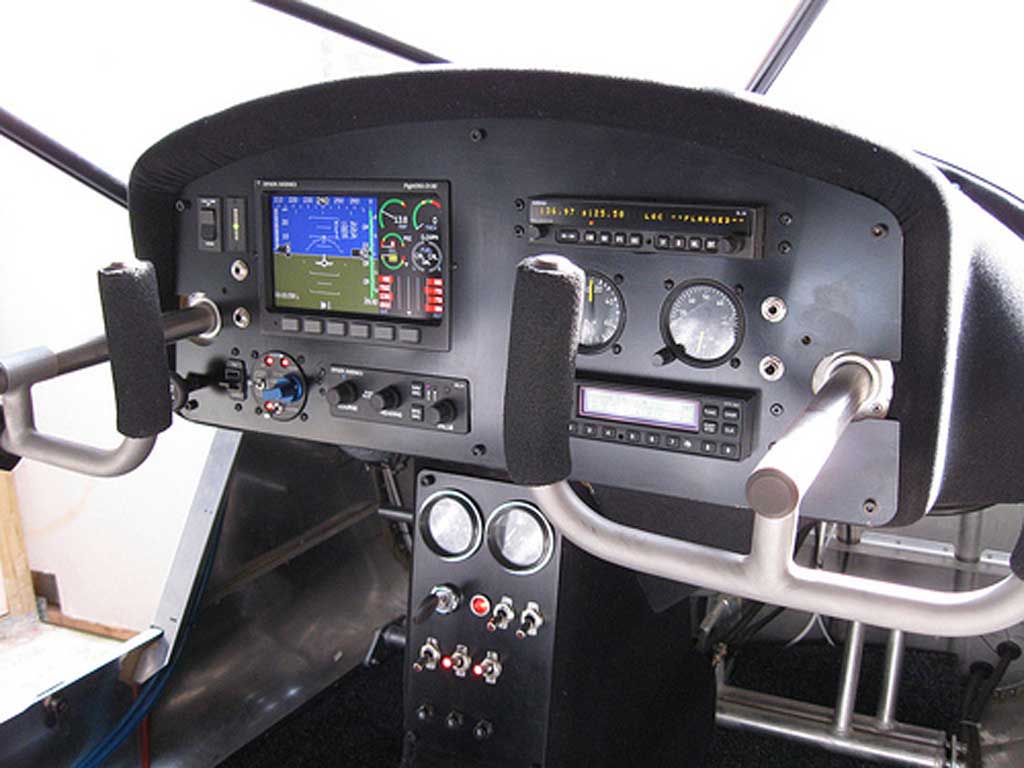 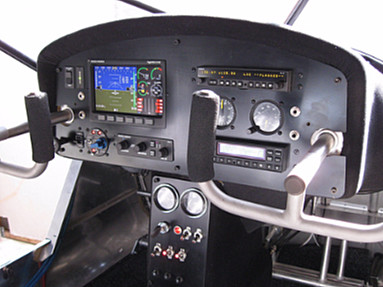