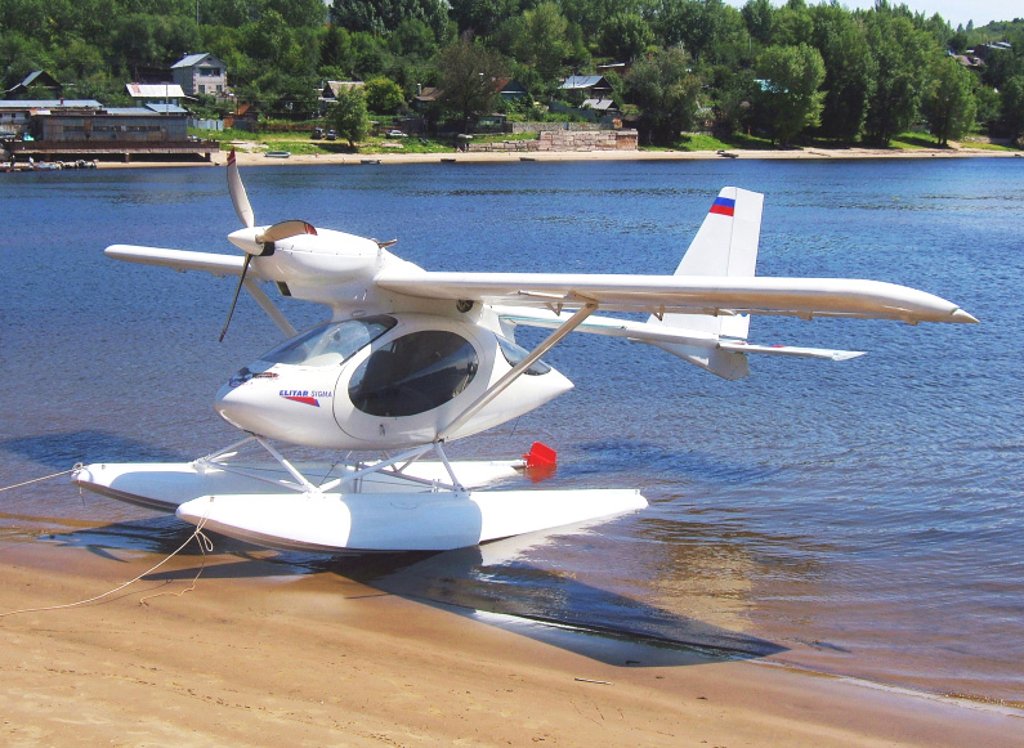 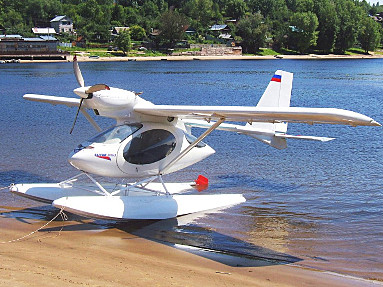 Elitar-Sigma aircraft is designed in full conformity with the USA FAA regulations for light sport airplanes and is intended for instructional and training flights, for aero tourism, patrolling, aerial photography and other non-aerobatic flights allowing any maneuvers required for normal flight operation with angle of bank not exceeding 60°.

The airplane is a semi-cantilever high-wing monoplane with a conventional tail design and a front top-mounted power plant. The airplane's structure is made of metal parts. Composite materials are used for not load-bearing (receiving) parts that serve for improvement of aircraft aerodynamic efficiency.

The closed two-seat cockpit has a tear-drop shape. It is made of three-layered glass-fiber panels with plastic foam filler. The cockpit has two oval doors on the left and right side. Cockpit doors are fitted with big oval-shaped non-bound windows providing very good vision range. The doors open outside up. In the front part of the cockpit a non-bound windshield glazing is mounted. Two oval-shaped windows are fixed in the rear left and right top part of the cockpit to improve the view.

Pilot seats are placed side-by-side, and the primary pilot seat is on the right. Seat backs are made adjustable and reclining, they can be folded forward and easily removed if necessary. Behind the seat backs there is a flat fuel tank separated from the cockpit by a special casing. Upper surface of this casing is a baggage hold. Behind the right seat the parachute fast-acting escape system BPS K-600 is installed.

Aircraft control system is dual and comprises two control sticks and two pedal units. The pedals can be adjusted for pilotâ€™s height. Control linkage is rigid for pitch and roll channels. For yaw channel it is a control cable.

The landing gear is tricycle non-retractable spring-type with a nose wheel. Main wheels are equipped with hydraulic brakes with mechanical cable control run. The nose wheel is steerable with a pedal-controlled through cable run. This design does not provide for in-flight shutting down of a nose wheel control mechanism.

The power plant is the ROTAX-912ULS gasoline-powered piston engine of 100 hp with electric starter and electronic ignition. It is equipped with a three-blade propeller with a ground adjustable pitch. Engine carburetor throttles are controlled by two engine control levers (ECL), one of which is mounted on the central pedestal and the other one on the left side of the left pilot seat, the latter lever can be folded along the seat. Engine parameters are monitored by a complex engine control unit "FLYdat".

The airplane design and instrumentation allow it to carry out flights in normal weather conditions in daylight hours according to visual flight rules (VFR). The airplane can be operated in all climatic zones within an ambient air temperature range of -35°C (-31°F) to + 40°C (104°F). Both unpaved and hard-surface runways with lengths not less than 300 meters (984 feet) may be used. The airplane can be additionally equipped with skis or floats as landing gear.

Watch 1 Video about the Elitar Sigma 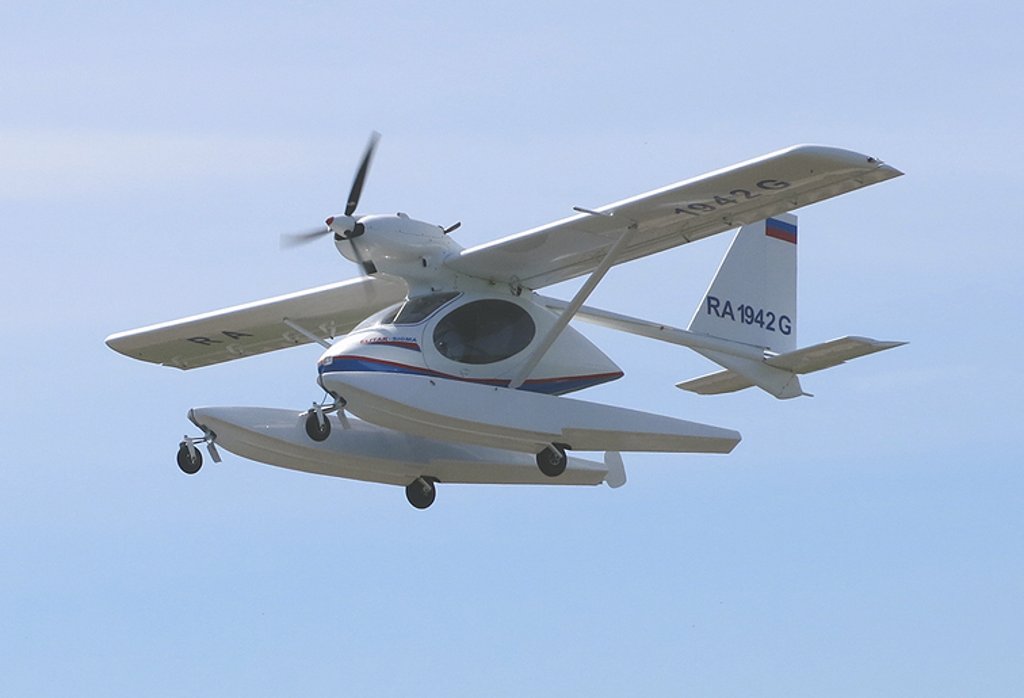 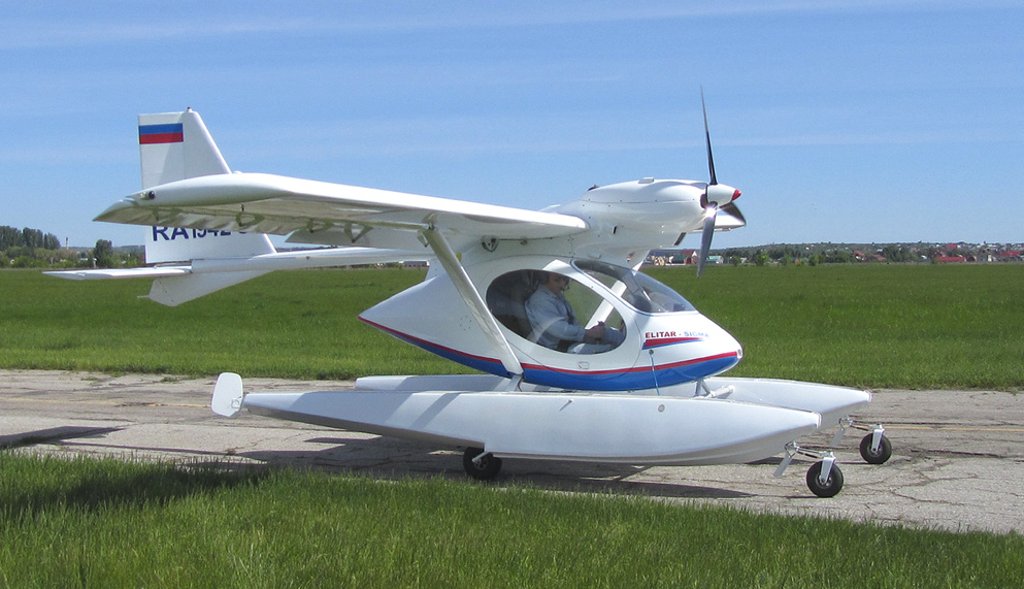 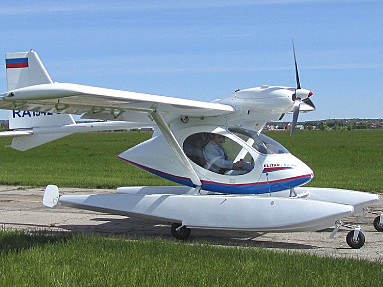