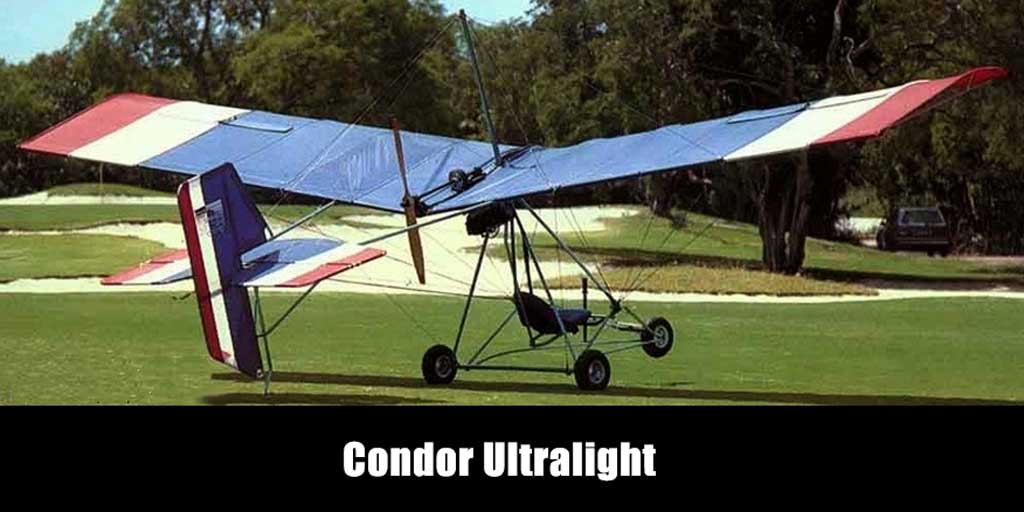 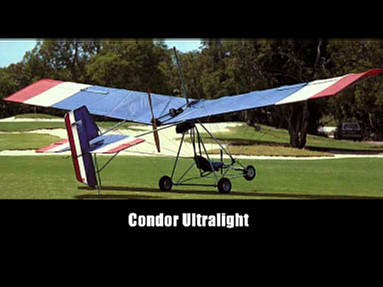 The control system is conventional stick and rudder, with spoilerons on the wings for aiding in roll control.

The plane is has a single surface wing, and is wire braced. The kit came as a simple bolt together assembly taking approximately 75 hours to assemble.

The Condor single was powered by Kawasaki 440 engines, with some of the two seaters equipped with Kawasaki liquid cooled engines of 80 hp.

The Condor single place and two place were produced up until about 1984.

Photo and text from: http://www.ultralightnews.com/antulbg/condor_ultralight.htm