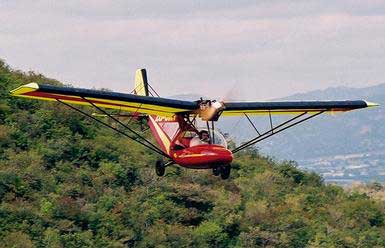 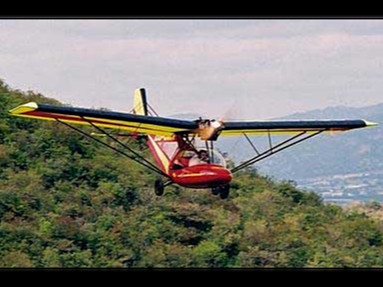 The Bantam B22 was entirely developed in New Zealand by Max Clear, the owner of Micro Aviation Ltd.

The factory is located in the idyllic dairy farming country at Te Kowhai in the North Island and has been turning out Bantam aircraft in one form of another since 1983.

Designed around the proven American Phantom ultralight, the original Bantam, the B10 (so named because ten people worked on the project together) took to the air towards the end of 1983 and was a fairly basic single seat design powered by a Rotax 503 air-cooled engine.

Continuing development and improvements to the design resulted in the B20 model, still a single seat design but now boasting pull-on sailcloth and fully fabricated wing ribs. About 20 of these were made (some even finding their way over to Australia) but requests kept flooding in to the factory for a two-seater version and it was not long before the B22 came on the scene. Sporting dual seats and controls. And with a more powerful Rotax 582 engine, it became the standard production model in 1986.

Not that development stopped here either, although all of the above models were Type approved in New Zealand, it was found that in order to gain both International recognition and approval to use the aircraft as a trainer, called for the production of a fully Certified version.

As a result the factory geared itself up for this mammoth task. The wing was re-designed with a wider chord, shorter span and Clark-Y airfoil section. Changes were also made to the tail section, flaperons and cockpit, to name a few. The New Zealand Department of Civil Aviation supervised, tested and advised throughout this long drawn out process, finally awarding the new B22S fullCertification status in 1995 The Bantam B22S and B22J (with the new Jabiru 4-stroke engine) models are marketed in a number in a number of countries with in excess of 240 units having been produced. A paraplegic version with modified flght controls is also available.

Watch 19 Videos about the Bantam